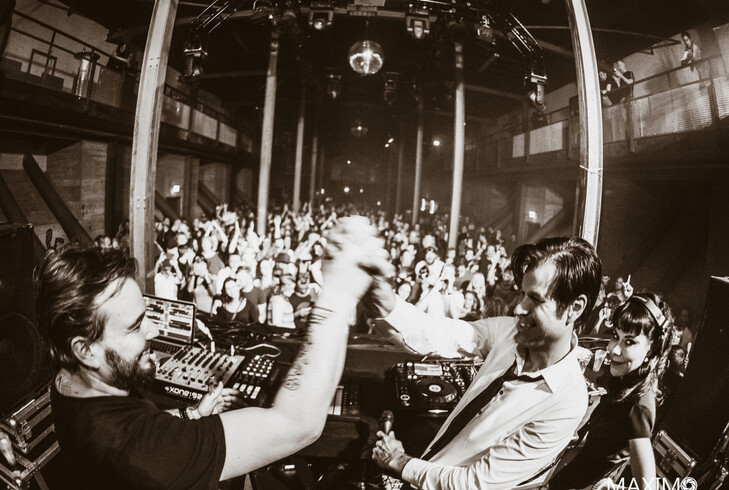 
Last month in April I was invited to play in Italy again. It was my second time in this great club on the beautifull Island of Sicily. The club is called 'Centro Officina Multiculturale', and its run by "Kill the Pop", a very sympatic crew, organising great electro parties, almost every week,named: "Platonic Love!"
Centro Officina Multiculturale is a underground club, that is every friday night fully dedicated to electro(techno). In Holland this is almost unthinkable..., so we always are very happy to play here. Both Fraulein Z and TanzMan played sets, the club was packed and it was an amazing party with a very sympathic & enthousiastic crowd, that kept on tanzing on our techno-electro sets!... Their VJ took the liberty in even creating very cool Herr Zimmerman visuals as well. So, actually we experienced a real Italian Herr Zimmerman edition! :-)
Ooh,... and the Italian, or should I say Sicilian Food was again fantastic!